Back to Early Blight & Brown Spot

We utilized four applications on Russet Burbank to evaluate the impact of fungicide programs on early blight control.  We reduced our foliar nitrogen applications in order to exaggerate the effect of early blight.

Another interesting observation was that programs with Quash increased yield. Quash provided only moderate control of early blight control, moderate increase in plant vigor, and did not control white mold.  Yet, total yield was increased.  It will be interesting to see if these effects are consistent over more years. 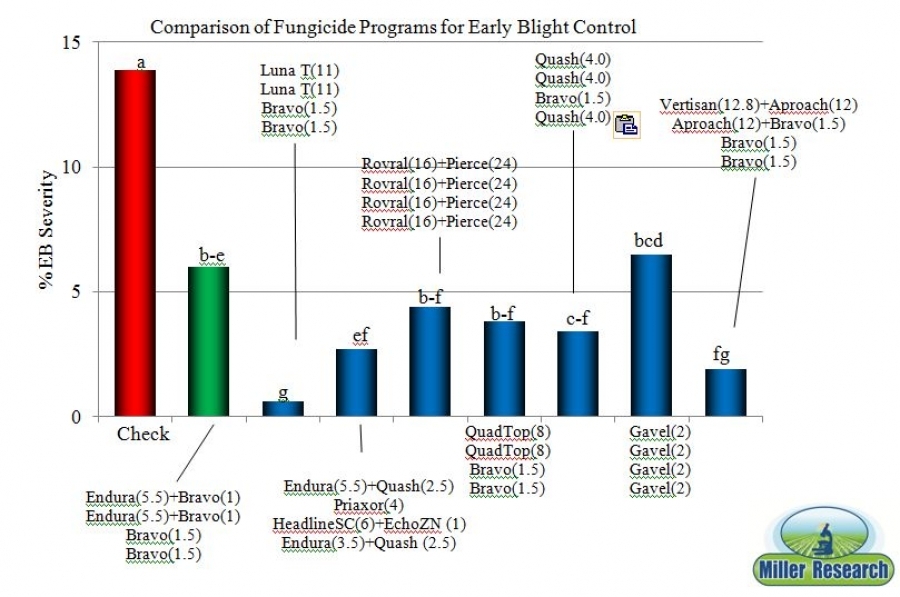